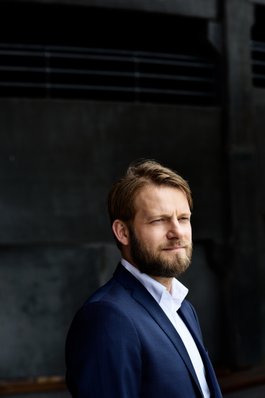 Below is a short summary of how others have described me, and of what I believe exemplifies who I am and what my values are:

Dennis Nørmark is a well-known and highly sought after Danish anthropologist. As the author of two critically acclaimed books, ‘Det virkelige menneske/The Real Human Being’, which deals with the basic nature of human beings and ‘Kulturforståelse for stenalderhjerner/Cultural Intelligence for Stone-Age Brains’, which concerns the subject of cultural differences, he has become known for his finely tuned ability in scientific communication and for not being afraid to popularize his field of research. In his role as a critic of literature, and formerly also of television, for both the newspaper, ‘Morgenavisen Jyllands-Posten’, and from 2015 also, ‘Politiken’, he has to this day been an incisive critic of societal and political issues in a direct and unapologetic fashion.

Dennis Nørmark is also a busy speaker who is known for his appearances on numerous TV and radio shows (among others, he has been a permanent member of the panel, ‘Netværket’, on the P1 radio channel, and the TV arts show, ‘Smagsdommerne’, on DR2) where he is brought in due to his extensive professional knowledge of people and cultures, as well as his ability to communicate that knowledge in an entertaining and easily comprehensible manner. The latter ability has grown out of his extensive experience in the world of theatre as an actor, playwright, and director.

On the basis of, among other things, the book, ‘Cultural Intelligence for Stone-Age Brains’, which was published in both Danish and English in 2013, Dennis Nørmark has established himself as an important consultant and speaker in the business world.

In this context he has especially been engaged in explaining the idiosyncrasies of Danish culture, as well as advising top executives about managing differences of culture in the business world.

Today, Dennis Nørmark does this work as an independent consultant and speaker, after having been the conceptualizing manager of, and a partner in, the consulting firm, Living Institute.

In 2009, Dennis Nørmark started the political party, ‘Borgerligt Centrum’, with, among others, Simon Emil Ammitzbøll. The party merged with ‘Liberal Alliance’ that same year and Nørmark has since then been a member of this party and has, among other things, served as the party’s representative at the ‘Institut for flerpartisamarbejde’ under the Minister of Development, as well as having been appointed to the board of ‘Danmarks Radio’ for a four year term starting in 2015. Dennis was furthermore among the founders of ‘Humanistisk Samfund’ in 2008.

Dennis Nørmark has four children and is married to the head of welfare policy of CEPOS, Mia Amalie Holstein.